DNA Romance uses information hidden in your DNA to forecast "romantic chemistry" between people online. We are the first platform to matchmake people based on all three elements of human attraction: appearance, personality & "chemistry". DNA Romance deciphers the essential factors behind the "scent of love" and the ideal personality combinations for successful romantic relationships. We are pioneers in understanding how DNA plays a role in human attraction and relationships. Our mission is to enrich people's lives by helping them make genuine connections that lead to lasting love. We aim to improve the accuracy of our romantic predictions with each new member.


February 9th, 2020
Looking for the Ultimate Healthy Romance? dnaPower Inc and DNA Romance have created the world’s first DNA partnership to bring you healthy diet information and romance based on your unique DNA

• Predict "romantic chemistry" before you meet in person using the information hidden in your DNA
• Forecast personality compatibility based on the specific combination of personality types
• See each users profile verification score based on DNA, credit card verification, and profile completeness
• Autocomplete your profile online dating profile by confirming genetic predictions of phenotype including genetic height, eye color, and pet allergies
• See DNA matches by ordering a DNA collection kit from DNA Romance, or uploading a DNA file from 23andMe or Ancestry DNA

“The secret of attraction is in our genes. Here to tell about it is Dr Tim Sexton, a pioneer in this new and rapidly developing field.”

“That’s the premise behind DNA Romance, a research-focused dating site that forecasts how much “chemistry” is shared between matches using information hidden in their DNA. ”

Love Is Changed Forever, Thanks To AI

“The application of AI in the dating app scenario goes deeper than applying to find perfect matches through compatibility quizzes. Platforms like DNA romance are using the AI-based algorithm to analyze DNA data and find the perfect matches for the users. ”

Why DNA Dating has Massive Potential

“Since there is a genetic basis for “Romantic Chemistry” and that is well understood, DNA matchmaking has huge potential to forecast romantic chemistry online.”

The Geekiest Way to Find Love

“Growing body of evidence suggests that part of human attraction is based on just a few genes that control receptors in our immune system—and in these instances, opposites attract. DNA may be the newest romance language and the "geekiest way to find love".”

Finding the Perfect Match Through DNA?

“From dating apps to online dating, dating coaches and even matchmakers. However what if your perfect match is not based on your looks or even finances but DNA.”

“The gene-matching evangelists propose that certain genes connected to your immune system, known as the major histocompatibility complex (MHC), govern who you're attracted to.”

““We are deciphering the essential elements behind the ‘scent of love’ and the ideal personality combinations for successful relationships,” said co-founder and CEO Timothy Sexton.”

From VR to holograms: these are 2019's top dating trends

“But, according to eHarmony, DNA could play a part in your dating life too. They point to the “green shoots of a DNA matching movement”, with companies including DNA Romance “measuring compatibility based on cheek swabs and body scents”.”

“Part of getting to know a romantic partner is about assessing if you like their DNA (when you kiss you exchange genetic information via your saliva).”

“Fed up of skin-deep dating apps? Then DNA Romance might be your new favorite app. It uses your DNA or personality type to match you with people based on actual science.”

The University of Melbourne

What do we need to know about online genetic testing?

“We found people who do these tests are searching for answers they haven’t been able to find in conventional medicine.”

“Companies also market DNA testing for ageing, including skin ageing [2]; some even offer DNA dating tests, suggesting this could guide choice of partners.”

“Discovery Parks is pleased to announce the winners of the Generator Challenge 8.0 Competition: DNA Romance uses the science of genomics to revolutionize online dating by forecasting chemical attraction “chemistry” between single individuals online.”

“Sick and tired of looking for love? There's now a website that does it for you, using your DNA.”

“However, our ability to smell each other is often confounded by the deodorants, perfumes and colognes we wear. Now, DNA Romance is getting straight to the genetic source of chemistry.”

“DNA Romance is the only DNA dating services with any sort of disclosed funding numbers: $600,000 raised back in 2014.”

“By studying the DNA of each user, people are matched with someone who is highly compatible, thus ensuring that the matchmaking is based on more solid foundations.”

Forget algorithms: To find a match with an Online Dating, DNA matching could be taking over

“We found people who do these tests are searching for answers they haven’t been able to find in conventional medicine.”

“Finding partners through DNA profiles has yet to catch on, but the commercial sector for preconception and prenatal testing is booming. Malorye Allison Branca reports.”

“A husband and wife duo hope their chemistry with the Dragons will be enough to create a partnership.”

“Canadian startup DNA Romance will release a more comprehensive matchmaking service on Valentine's Day, based on biological compatibility by using the results of already-available DNA tests, such as that offered by Mountain View genetics startup 23andMe.”

“In the future, Langston said, biological data could conceivably supplement the standard, lengthy personality questionnaire that comes with an eHarmony account.”

“DNA Romance is an online dating services company that matches customers based on the compatibility of their DNA, thereby providing evidence-based matchmaking that goes beyond appearance and questionnaires.”

“DNA Romance, a startup Sexton is launching this week in Vancouver with his wife, Sauder School of Business associate fellow Judith Bosire, and University of British Columbia engineering researcher Abhijit Pandhari. They imagine the service a little like a genetic OKCupid; instead of answering hundreds of questions, users simply supply DNA data, and are matched accordingly.”

We are all biologically programmed to know if we are not compatible with somebody or not, this is one of our instincts. Our bodies are informed and respond to information recieved from our senses when we meet in person.

DNA Romance started with the knowledge that DNA can influence relationships. The technical founder Dr. Timothy Sexton (Tim) holds a Ph.D. in population genetics, and a Bachelor of Science in biochemistry and molecular biology, and this education provided him with a good understanding of how genes work, how the genes adapt to different selection pressures, and how this shapes the evolution across populations of other individuals. In 2012 he met Judith Bosire online and they started dating; Judith was coming from a business background, which complemented Tim's education in genetics. They had met using an online dating site, and a discussion arose comparing their experiences using online dating apps, and they agreed that a major frustration using “online dating platforms” was the mismatching, especially for “chemistry”. When you meet in-person, you know right away if you have “chemistry” or not. But, when you are online, it’s impossible to evaluate if you share “chemistry” with someone, you can only detect “chemistry” when you meet in person.

Both Judith and Tim had horror stories of online mismatches, suitors that seemed promising until the 1st date when it was instantly and mutually realized that there was no chemistry. This gut feeling of “chemistry” is your body’s natural radar to detect a person who is genetically compatible with you. Tim explained the so-called "sweaty T-shirt experiments," which proved a definitive link between DNA and romantic attraction. In the first experiment by Prof. Claus Wedekind in 1995 where 49 female students and 44 male students were recruited, and the men were asked to wear the same T-shirt for two nights (Wedekind et al., 1995). The female participants were asked to smell each shirt and describe how pleasant they smelled on a scale of 1 to 10. The results showed that women found male body odour pleasant when the male participants were far more genetically different at a specific set of genes called the Major Histocompatibility Complex (MHC). In contrast, the women found male body odour’s to be unpleasant when the male participants were genetically similar at the MHC genes. Independent research has continued to validate these findings. These genes didn’t only play a role in human attraction. Previously these same genes had been shown to play a key role in “mate pairing” in other vertebrates, including primates and birds that partnered for life.

The founder's discussion about the basis of “romantic chemistry” was truly fascinating; there were several hypotheses that could explain why we like the scent and share “chemistry” with people who have different MHC genes. After all, these genes encode MHC peptides, which cover the surface of your cells and are critical for your body’s recognition and response to foreign pathogens. We are attracted to people who are different at these genes because the success of the human population depends on this mechanism to maintain diversity at immune system genes, and this ensures that some individuals are resistant to new pathogens, and no cold or flu virus would wipe us out. In addition, if Mum and Dad have different immune systems, they won't always get sick from the same illnesses and can look after each other.

Judith asked why this DNA information wasn’t being used for online dating? Tim knew he had the skills to build “DNA Romance” and just hitting 31 YO, he pictured this as something easy to do, especially with a business-minded partner. They took on the challenge to start DNA Romance, and in 2014 they incorporated the company. In 2016 Tim quit his job to begin working on DNA Romance full time, and a year later, in September 2017, they launched DNA Romance to the public. 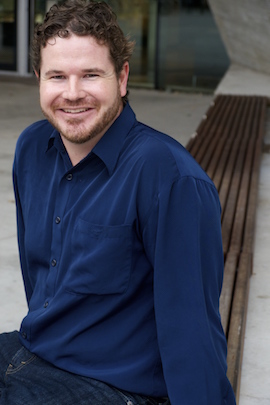 Dr. Timothy Sexton is the CEO and technical founder of DNA Romance. He holds a Ph.D. in Polulation Genetics and BSc in Botany and Biochemistry / Molecular Biology and has worked with a wide variety of species including plants, and humans. Dr. Sexton has over 14 years of experience working in the field of genomics. 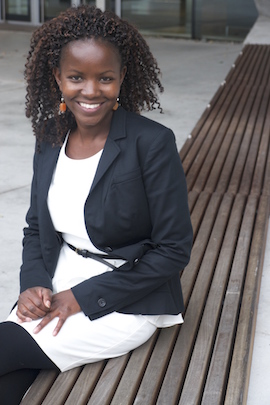 Master. Judith Bosire is the co-founder and CFO of DNA Romance. She is an economist by training with a MA in Financial Economics, and a 2nd MA in International Development. Judith works as an economist for Deloitte Canada, and previously MNP LLP, as well as Columbia University and Merrill Lynch in New York.

Refer your friends and other single people to earn commissions on their purchases, join our Affiliate Program now.