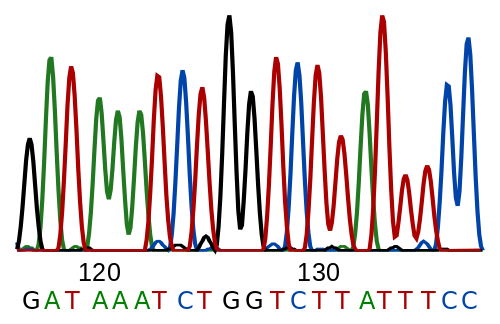 Would you like to explore your DNA? Most direct-to-consumer DNA testing companies allow you to download your raw DNA data, this is because you own your DNA data, and you can complete a number of different DNA analysis from the comfort and privacy of your home.

The table below outlines the number of DNA markers provided by some of the notable DNA testing companies including 23andMe, Ancestry DNA, Family Tree DNA, My Heritage, GPS Origins, We Gene and Genes For Good:

Since few DNA testing companies offer exactly the same DNA test, making a comparison between tests can be confusing. The tabel above summarises the number of DNA markers reported by different direct-to-consumer DNA testing companies. The DNA test from GPS Origins targets the lowest number of SNP markers, and consequently this data has the most limited utility of all direct-to-consumer DNA testing kits available on the market. While raw DNA data can be downloaded from GPS origins, few other websites have built in compatibility to transfer and analyze this raw DNA data. DNA testing data from 23andMe, Ancestry DNA, Family Tree DNA and My Heritage are the most widely accepted for 3rd party raw DNA analysis. Aside from the number of SNP markers tested, other considerations when ordering a direct-to-consumer DNA testing kit include if the test targets DNA markers (SNPs and InDels) positioned on the "Y Chromosome" and "Mitochondria" .

Not interested in online dating? Try our couples report